​Make FY 2021 Your Year to Thrive in the Government Arena 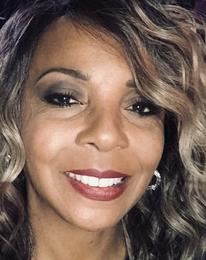 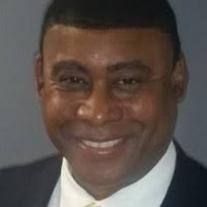 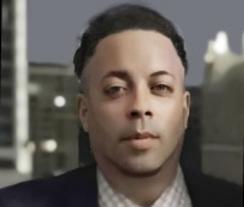 Warren Othello Edwards is the Founder and President of The McPherson Square Business Council, a business social networking organization established to assist business clients –within the Washington Metropolitan area. The organization has grown into, MSBC-TMC. Keeping the McPherson Square Business Council essence, the company focuses primarily on Training, Marketing and Consulting for Small and Mid-tier businesses. Assisting these companies in winning Government Contracts is of utmost importance to MSBC-TMC. The company has partnered directly with former high level Government procurement professionals in order to assist Small and Mid-tier businesses maximize their efforts during and after COVID-19.

In 2006, Warren started the McPherson Square Business Council (his bank branch was located in McPherson Square) in an effort to support his Small Business / Federal Government customer base. One purpose of this organization was to host monthly Teaming and Networking events as a platform to encourage these business owners to work together in order to win Federal contracts. He further strengthened his reach into this vital market by developing strong relationships with Federal Procurement Professionals like Ms. Gloria Parker (Former CIO of HUD and later Education) and Ms. Tracey Pinson (Former OSDBU, Department of Army). These powerful Federal Procurement Champions (as well as many others) consistently spoke at and participated in Warren’s networking events. They were vital in assisting Mr. Edwards in Bridging the Gap between the Government and Small Business.

Warren has hosted thousands of guests (mostly Government Contractors) over the years! He has also developed rock solid relationships with Federal Procurement Professionals like Jackie Robinson-Burnette, Former SES, Small Business Administration, over his tenure. On behalf of Mrs. Robinson-Burnette, he hosted 8 (a) Open House occasions (at his DC office) as an effort to get his members signed up as part of her Innovative Fast Track Pilot Program. This led to more than 30 Small Business owners receiving their 8 (a) Certifications (in record time) and many winning contracts shortly thereafter.

One additional key relationship Warren developed was with Ms. Danielle Carr (Former Program Manager, DOD and President of the Bethesda, NCMA). Danielle asked him to join her NCMA chapter, first as the Marketing Manager and later as the VP of Government Outreach. Through this position, Mr. Edwards has forged relationships with many Federal Government Contracting Officers. He has also encouraged several Contractors to join this vital organization.

Recognizing the vital roles Federal Government Contracting Officers and Program Managers play, Mr. Edwards recently founded The Grants and Procurement Institute. TGPI is a 501 (c) 3 pending Non Profit organization that is focused on training disadvantaged students from Historically Black Colleges and Universities (HBCUs). These worthy students will become the next generation of Federal Government Contracting Officers and Program Managers. Warren serves as the Executive Director of this organization.

Kim Harwell is a consummate entrepreneur. He maintains more than thirty years of business and technological expertise in the government, telecommunications, and marketing fields. Kim has founded and led organizations that have generated an aggregate of several billions of dollars in revenue. Kim regularly writes articles for United States Cyber Security Magazine, and has written articles for numerous other publications. Also, Kim has written numerous E-Books on government contracting and is in the process of writing his new book, “The Blueprint to Government Contracting”. Kim Harwell is a highly sought after speaker, trainer, sales coach and expert in the areas of sales, business, government relations, and technological advances.

Kim is the founder and Chief Executive Officer of National Bid Network (NBN) and its subsidiary GovPurchase. NBN’s mission is to provide user friendly research tools, business training, consulting services, and B2B business development tools for commercial businesses, government contractors, and government officials, in a profitable manner, at an affordable price. The results will be to save billions of tax dollars for the American people, provide more opportunity for small business, which in turn, will create more jobs, and boost the US economy. One of the primary ways we achieve this is by owning and providing the most comprehensive government contracting online data tool. GovPurchase is the largest databases on government contracting (www.govpurchase.com).

Kim has one son, Kim, a graduate of Northwestern University and Detroit Country Day. Kim was also a four-year starting wide receiver at Northwestern, and had some professional football experience.

Financial Engineering Counselors, Ltd.
​Richard Lewis formed Financial Engineering Counselors, Ltd. ("FEC") to enhance the counseling of small and medium size government contractors and commercial companies with their working capital requirements. FEC assists management by arranging for financing, as well as working with the company’s management in compiling the required financial, accounting, and overview reports that lenders require. This has become crucial in today’s economic turmoil where more lenders are more likely to say "Thank you, but NO thank you!"

Ms. Saunders began her government service as a Special Assistant to the Secretary of State, The Honorable Ken Hechler and later served as a Legislative Assistant on Capitol Hill to Senator John D. Rockefeller, IV.  She left Capitol Hill after nearly 5 years of service and began a consulting career as a Senior Vice President at McAuliffe, Kelly & Raffaelli, (which later became The Washington Group) for 18 years. 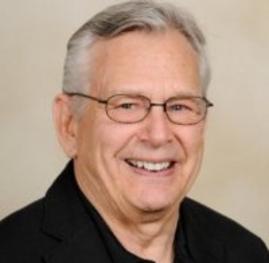