Marketing to the Military Speakers

Vice Admiral Lou Crenshaw, CDFM United States Navy (Retired)
VADM Crenshaw was also the driving force behind two significant industry surveys, the annual survey of Defense Department financial officials and the annual National Government Contractors survey.  Both surveys are recognized within their respective industries as one of the most insightful and comprehensive studies available during the year.  He also continues to serve the American Society of Military Comptrollers at the program chair of the highly successful Washington Regional Professional Development Institute, the premier training event for the Washington area defense financial management workforce.

Prior to Grant Thornton, VADM Crenshaw served 32 years in the U.S. Navy in a variety of leadership roles, commanding at the squadron, carrier air wing and carrier battle group level, as well as shore command of all Navy bases in Europe.  His last assignment in the U.S. Navy was as the Deputy Chief of Naval Operations for Requirements, Resources and Assessments, where he was responsible for planning, developing and executing the Navy’s annual budget of over $130 Billion.  He was also the senior requirements official for the Navy and oversaw its Operations Analysis activities.  VADM Crenshaw is also a graduate of the U.S. Naval Test Pilot School and served as a test flight engineer before returning to the school as an instructor.

In recognition for his outstanding public service, he was elected a fellow in the National Academy of Public Administration in 2011, one of only a few members of the Armed Services to be inducted.  VADM Crenshaw attended the U.S. Naval Academy and has a B.S. in Ocean Engineering.  He is also a Certified Defense Financial Manager (CDFM).  VADM Crenshaw continues his public service as the Chairman of the Board of the Navy Safe Harbor Foundation, an organization dedicated to serving wounded and injured Sailors and Coastguardsmen.  He also serves on the Board of the Association of the U.S. Navy and is the Chairman of TECHAMERICA’s Defense Committee.

Kim Harwell,  GovPurchase
Kim Harwell is a consummate entrepreneur.  He maintains more than thirty years of business and technological expertise in the government, telecommunications, and marketing fields.  Kim has founded and led organizations that have generated an aggregate of several billions of dollars in revenue. Kim regularly writes articles for United States Cyber Security Magazine, and has written articles for numerous other publications. Also, Kim has written numerous E-Books on government contracting and is in the process of writing his new book, “The Blueprint to Government Contracting”.  Kim Harwell is a highly sought after speaker, trainer, sales coach and expert in the areas of sales, business, government relations, and technological advances.

Kim is the founder and Chief Executive Officer of National Bid Network (NBN) and its subsidiary GovPurchase. NBN’s mission is to provide user friendly research tools, business training, consulting services, and B2B business development tools for commercial businesses, government contractors, and government officials, in a profitable manner, at an affordable price. The results will be to save billions of tax dollars for the American people, provide more opportunity for small business, which in turn, will create more jobs, and boost the US economy. One of the primary ways we achieve this is by owning and providing the most comprehensive government contracting online data tool.  GovPurchase is the largest databases on government contracting (www.govpurchase.com).

GovPurchase assists thousands of companies worldwide in doing billions of dollars annually in federal, state and local prime contracting, subcontracting, teaming and commercial business. This is performed via the GovPurchase online tool (www.govpurchase.com), the world’s largest database on government contracting, combined with excellent customer training and support. Corporations such as Bosch, Colt Defense, Exide, Smith and Wesson, Brunswick, DB Consulting Group, and thousands of other large, mid-sized, and small businesses worldwide count on GovPurchase for critical government contracting business development and research information.  Government agencies such as the Department of Homeland Security, The Department of Justice, TSA, The Army, The Navy, and others use NBN to locate and verify government contractors for set-aside and other opportunities.

Recruited and managed a technical and contracting team to develop and purchase a state-of-the-art national alarm and police dispatch communication network for the entire GSA inventory of over 8,000 structures.

Created and managed the Federal Procurement Data System (FPDS) for civilian agencies and departments. Structured and managed a first of its kind procurement management review         program for PBS’s $1 billion contracting program.  Identified material weaknesses and implemented a verification process for follow up reviews.

Chaired an executive level committee responsible for training and certifying a  nationwide staff of 500 procurement professionals. 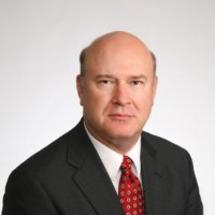 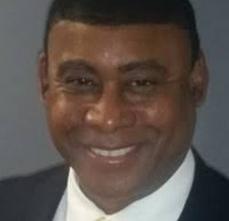 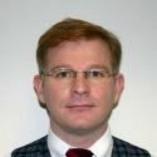 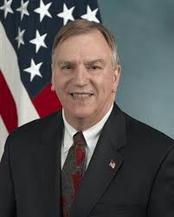 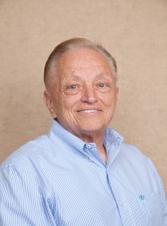