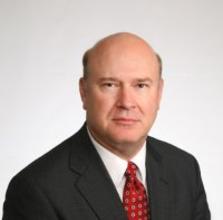 Scroll down for topics and times...

Vice Admiral Lou Crenshaw, CDFM United States Navy (Retired)
VADM Crenshaw was also the driving force behind two significant industry surveys, the annual survey of Defense Department financial officials and the annual National Government Contractors survey.  Both surveys are recognized within their respective industries as one of the most insightful and comprehensive studies available during the year.  He also continues to serve the American Society of Military Comptrollers at the program chair of the highly successful Washington Regional Professional Development Institute, the premier training event for the Washington area defense financial management workforce.

Prior to Grant Thornton, VADM Crenshaw served 32 years in the U.S. Navy in a variety of leadership roles, commanding at the squadron, carrier air wing and carrier battle group level, as well as shore command of all Navy bases in Europe.  His last assignment in the U.S. Navy was as the Deputy Chief of Naval Operations for Requirements, Resources and Assessments, where he was responsible for planning, developing and executing the Navy’s annual budget of over $130 Billion.  He was also the senior requirements official for the Navy and oversaw its Operations Analysis activities.  VADM Crenshaw is also a graduate of the U.S. Naval Test Pilot School and served as a test flight engineer before returning to the school as an instructor.

In recognition for his outstanding public service, he was elected a fellow in the National Academy of Public Administration in 2011, one of only a few members of the Armed Services to be inducted.  VADM Crenshaw attended the U.S. Naval Academy and has a B.S. in Ocean Engineering.  He is also a Certified Defense Financial Manager (CDFM).  VADM Crenshaw continues his public service as the Chairman of the Board of the Navy Safe Harbor Foundation, an organization dedicated to serving wounded and injured Sailors and Coastguardsmen.  He also serves on the Board of the Association of the U.S. Navy and is the Chairman of TECHAMERICA’s Defense Committee.

Emily Harman is the Director, Office of Small Business Programs Department of the Navy.

Ms. Emily Harman is the Director, Office of Small Business Programs (OSBP) for the Department of the Navy (DON) serving as chief advisor to the Secretary on all small business matters. She is responsible for small business acquisition policy and strategic initiatives.

Ms. Harman joined the Secretary of the Navy Staff as member of the Senior Executive Service in August 2015 and has over 30 years of federal service. Prior to receiving this appointment she served as Associate Director of the Naval Aviation Systems Command’s (NAVAIR) OSBP from November 2005 to August 2015.

Prior to joining NAVAIR in 1997, Ms. Harman served as a Contracting Officer for the Naval Supply Systems Command’s (NAVSUP) Fleet and Industrial Supply Center (FISC), Norfolk Detachment Washington. Ms. Harman served as a Supply Corps Officer in the Navy from 1985- 1992 and retired from the Naval Reserves. She served onboard the USS Emory S. Land (AS-39) and earned the Supply Corps Surface Warfare pin. Her other duty stations include: Supreme Allied Command Atlantic, Commander in Chief U. S. Atlantic Fleet, United States Naval Academy, and FISC Norfolk Detachment Washington.

Ms. Harman is a member of the DoD Acquisition Professional Community and is Level III certified in Contracting. A Certified Professional Contracts Manager through the National Contract Management Association, she holds a Bachelor of Science degree in Physical Science from the United States Naval Academy, and a Master’s degree in Management/Acquisition and Contract Management from the Florida Institute of Technology. Ms. Harman is a member of Leadership Southern Maryland’s Class of 2010.

George P. Sigalosholds significant experience in both the private and public sector. He is a trained attorney and communications professional who now serves as a government affairs, strategic communications and international business consultant and advisor in Washington, D.C.

Mr. Sigalos has served in all three branches of the US federal Government and subsequently has held top positions in American private industry.

Mr. Sigalos served in government affairs for the former Halliburton - KBR in Washington, DC, and functioned as the firm's political & external affairs liaison and sometimes spokesman, acting in a strategic role to help guide the company's national and international posture in the legislative and political arenas. Mr. Sigalos maintained an active rapport with the U.S. Congress and executive agencies, with ambassadors, diplomatic corps, and other leaders of governments. He also served as the primary liaison to think-tanks, associations, universities and other non-governmental institutions for purposes of government and external affairs related matters.

Mr. Sigalos is the former Counselor to the President and Director of Public Affairs for the former federal contractor organization, Contract Services Association of America of Washington, DC, which represented over 500 companies doing business in the US federal and international marketplaces.

Prior to that, Mr. Sigalos served as Counselor and Director of Communications for the Vice-Chairman of the Ways & Means Committee in the U.S. House of Representatives. His previous federal experience includes serving as an extern law clerk for the United States Court of Appeals for the First Circuit and in press affairs in the offices of three members of the presidential cabinet.

​​​​Richard Lewis, President, Financial Engineering Counselors, Ltd.
Richard Lewis formed Financial Engineering Counselors, Ltd. ("FEC") to enhance the counseling of small and medium size government contractors and commercial companies with their working capital requirements. FEC assists management by arranging for financing, as well as working with the company’s management in compiling the required financial, accounting, and overview reports that lenders require. This has become crucial in today’s economic turmoil where more lenders are more likely to say "Thank you, but NO thank you!"
For the previous six years Richard was with Wells Fargo Bank, Government Services Group, where he assisted fast track companies and government contractors; 8a, woman, service disabled veteran, Native American, and other minority owned or disadvantaged companies that required financial support. In addition to working closely with a company's management, Richard has been a featured speaker on "Financing Alternatives" at GovWorks (Department of Interior), National Black Chamber of Commerce’s and National Contract Management Association’s annual conferences, Pan Asian Chamber of Commerce, FAA’s Las Vegas Contractors Convention, Native American Reservation Economic Summit (RES), as well as other organizations and events around the Country.
From the 1990 to 2003 Richard was a CFO/CEO counselor to start up, fast growth technology and service businesses needing assistance in financing alternatives; bank relations, strategic planning, IPOs, mergers and acquisitions, accounting, and marketing. As CEO/CFO, l985-l990, he initiated a "business plan only" Initial Public Offering for Virtusonics Corporation, a software development company, some 10 years ahead of the "dot.com" trend of the l990’s. He began his career in banking with A.J. Armstrong & Co. (ne: Bank of America Business Credit) in 1974. He moved to The Chase Manhattan Bank as Vice President, Leveraged Acquisition Team, to start its leverage buyout group in 1980, then to General Electric Capital Corporation, as a marketing manager, to help start an ABL financing vertical in the Retailer Finance Division.
Richard earned his B.S. Degree in General Business and a MBA in Finance and International Business from New York University, Stern School of Business, where he was a scholarship student. He lives and works in suburban Washington, D.C. where he is active in golf, bicycling, minority business support, community activities, and governmental issues.

10:30 AM:  Emily Harman - Director, Office of Small Business Programs for the Department of the Navy - "Doing Business with the Navy".

11:30 AM: 12:00 PM:  George P. Sigalos - Professional Services Assistance for Contractors - "The time is now, more than ever, to protect and expand your markets..." 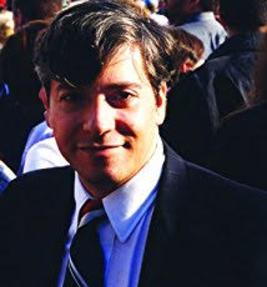 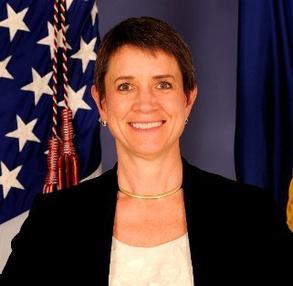 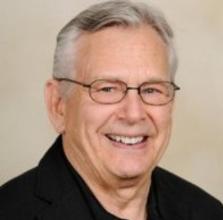